One of the darkest times in England’s history was during the Napoleonic Wars, late 1795 to 1815. At a time when England reached a stage of enlightenment, pre-Victorian strides in cultivation, industrialization, and political dominance, a new threat emerged after the revolution in France―Napoleon Bonaparte.

England needed a levelheaded, dependable, extraordinarily tactical-minded man determined and eager to lead a country in a trial by fire, and end war by whatever means necessary, including exploit the enemy’s weakness and provide the ultimate sacrifice. Pre-requisites unlikely fit for mere mortal men?

Apparently not a hard sell for the gallant Admiral Horatio Nelson, Lord Viscount Nelson, Duke of Bronte, Baron of the Nile and Knight of the Bath. Lord Nelson’s legacy is so infinite that toasts are still given in his honor today.

Stand and drink to The Immortal Memory of Lord Nelson and those who fell with him. (Salute! Raise a glass of port, Nelson’s preferred libation and my own, next to rum.)

Dark days. Dark nights. How does light lead men out of darkness? With a single flame.

It’s hard to imagine how a man only 5’7” tall, the same height as Napoleon, by the by, became the hero of the day. (Sailors, however, were rarely over 5’5” tall during that time, which enabled them to move quickly about a ship.) And yet slender, affable, exceptional Nelson weathered 123 military actions and skirmishes during his naval career from 1771 at the age of 13 years old to his death at Trafalgar, 1805.

How does one become a light to men? With a single step toward destiny.

Horatio Nelson, born the sixth of eleven children, and a Reverend’s son, lost his mother at age nine, and then set off to join the navy under the tutelage of his uncle, Captain Maurice Suckling. Dogged by seasickness until he died, he weathered all sorts of obstacles to gain rank, including chasing a polar bear within 10 degrees of the North Pole in order to send the fur back to his father. In 1775, he was promoted to acting Lieutenant aboard the HMS Worcester and passed his lieutenant’s exam on April 9, 1777. A calling begins as Nelson rises rapidly through the ranks.

How bright should a light be? It should be seen by all men.

Everywhere Nelson went, men were so glad to see him that they forgot to greet him by rank and file. He was England’s brand, British morale. Though his methods were unorthodox and dangerous, men followed him, wanted to please him, and did whatever he asked. Why? Because they knew Nelson was doing everything anyone expected―and didn’t expect. He contracted malaria in 1776 and fought to return to service after a six month recovery. He received a wound to his eye at Calvi and ignored requests by his men to seek the surgeon’s help. The result? Blindness in his right eye. When grapeshot devastated his right elbow at Santa Cruz de Tenerife, he told the surgeon, “The sooner it was off the better.” His arm was soon after amputated, “Let me alone! I have got my legs and one arm.” (In thirty minutes, Nelson was back on deck to lead his men to victory. His arm sent to the Locker with the ordinary seaman who’d fallen at his side.)

Lord Viscount Nelson proved himself time and again, but he was not without faults. He married a widow, only to fall in love with a married woman. Lady Emma Hamilton was his kryptonite. And like anything he undertook, marriage would not sway him from his objective. He carried out an open affair with Emma which produced a child, a baby girl named Horatia. But even scandal couldn’t diminish Nelson’s dazzling light. For in England’s time of need, he answered. And in a battle called Trafalgar, he proved his genius had no limits by creating seven battle strategies that led to victory, and ultimately his death.

Vain, addicted to the glory afforded him by his exploits; Nelson enjoyed mingling with well-wishers who constantly milled about him. Before boarding Victory for his final foray into battle, he was escorted to the docks by an adoring crowd. “I had their huzzas before. I have their hearts now.”

The signal flags Nelson raised before the battle of Trafalgar forever illuminate his spirit. “England expects that every man will do his duty.” And Lord Viscount Horatio Nelson did exactly that until he was wounded in his left breast. He said to Captain Hardy, “My back is broke. Hardy, they have caught me at last.” On the journey down to the surgeon, Nelson added, “Put something over my face; don’t say a word about me,” lest the men lose their exuberance and morale.

Light fades, but the power of that light is forever ingrained in the minds of those who remember.

As he lay dying, an historical account claims Nelson said to Captain Hardy, “I could have wished to enjoy this (victory), but God’s will be done!” Hardy said, “My Lord, you die in the midst of triumph!”

Another historical account claims Nelson’s last words were, “I die happy, since I die victorious.”

Stand, me hearties. Raise a dram of port (rum or eggnog) and drink to The Immortal Memory of Lord Nelson, a light in dark times.

Have you experienced a light in the darkness that helped you endure dark times? (One comment will be chosen for a $10 Amazon gift card prize.)

Like what you see? Join these writers’ journey on the Light in the Darkness Blog Tour today!

From my ship to yours ~ Happy Holidays!!!

33 thoughts on “Admiral Nelson ~ A Light in Dark Times” 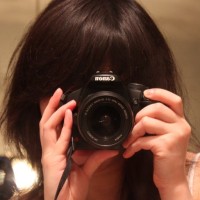