This year I’ve experienced a lot of ups and downs, but one of the things I am most proud of is writing my first Victorian Christmas book, A Sprig of Mistletoe. And today is the book’s birthday. Huzzah!!!

This book has everything I love in it: Christmas; orphans; inspiration from A Christmas Carol and The Man Who Invented Christmas; Charles Dickens; a heroine who wants to change the world, a Scrooge-like hero; and the Victorian Industrial Age. As part of the Miracle Express Series, it also includes steam engines. Trains were a huge part of my childhood. My grandfather longed to be a train conductor, but his mother advised him against the profession, preferring him to study music. ‘Grandy’ honored his mother’s wishes, received his doctorate in music, and taught organ and piano at East Texas State University. During his free time, however, he studied trains and their engines, planning adventures and vacations around them. I suspect in his lifetime he rode every steam train still in existence.

And so, me hearties, A Sprig of Mistletoe comes from the heart, and I hope readers will read this story and come away with the spirit of Christmas.

Lady Catherine “Kitty” Egerton leads a quiet life in Hertfordshire riding horses, reading extensively to improve her mind, and entertaining one disappointing suitor after another. She desires to marry, but the men her father introduces her to detest a headstrong woman. Kitty wants to help the poor, and Christmas provides ample opportunities when women cannot join organizations that fund these efforts. When she’s invited to London to visit Field Lane Ragged School, it’s the opportunity she’s been waiting for. But she’s only allowed to go if she agrees to spy on her brother and his elusive friend—a key investor in the formation of a new Poor Law Union, a man who’s refused to visit their home in Christmases past. Kitty agrees because she has an ulterior motive: her dearest friend is in love with her brother, and the railway journey to London allows her time to play matchmaker.

Bartholomew “Bart” Fernsby inherited his wealth from a kind man who liberated him from the workhouse in Holborn. Sent to upper-crust schools, he received every consideration: lodging, food, clean clothes, except what he desired most—his mother’s love. But to whom much is given, more is required. Haunted by his parents’ deaths and a scandalous past, he’s determined to change other children’s fates by beating back the crushing blow of poverty taking London by storm. Putting his money to good use, he becomes one of the founding members of a Poor Law Union, which seeks to educate the poorest districts in the city, and enlists an old friend’s help to raise funds for Field Lane Ragged School. Another friend, Charles Dickens, has written A Christmas Carol, hoping the book will draw sympathy for the city’s poor and downtrodden. Bart purchases multiple copies for the Ragged Schools, but there’s only one problem—he hates Christmas.

Can Kitty’s love and a sprig of mistletoe mend Bart’s broken heart?

Happy Birthday, A Sprig of Mistletoe!!! 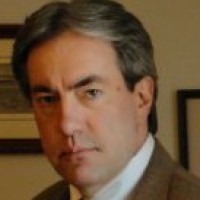